Environmental destruction 800 meters from the source of El Rio 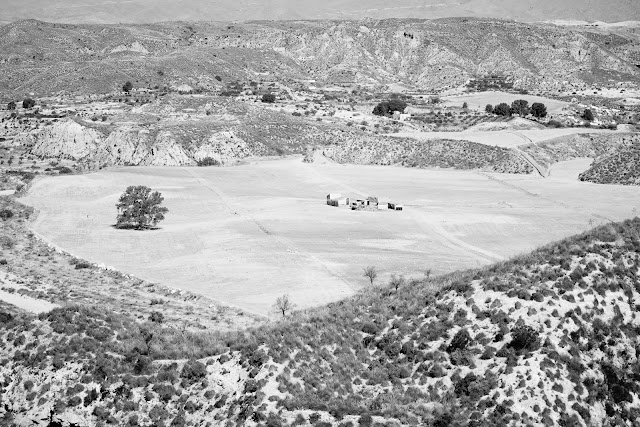 You are looking at an area of "special protection" under the European Nature 2000 network. Beautiful. 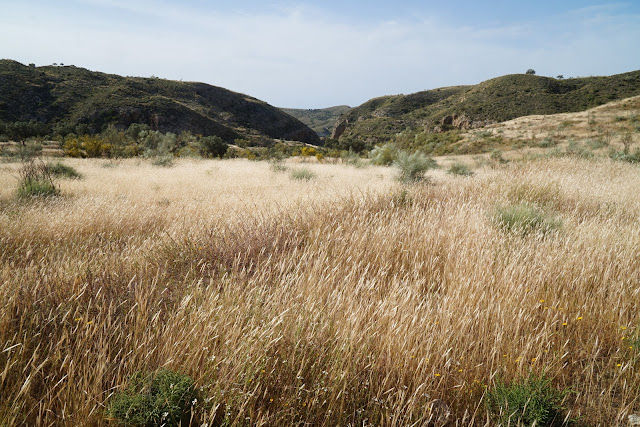 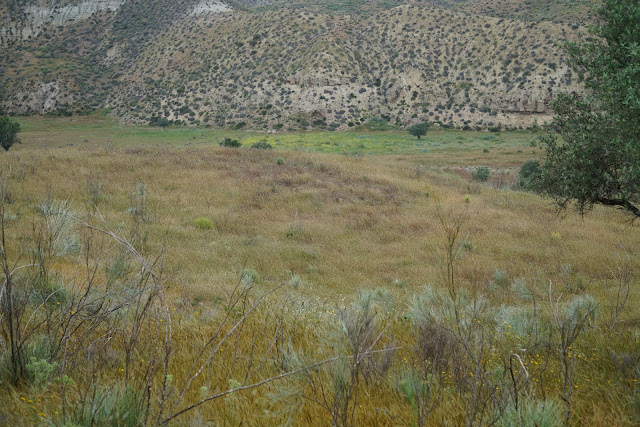 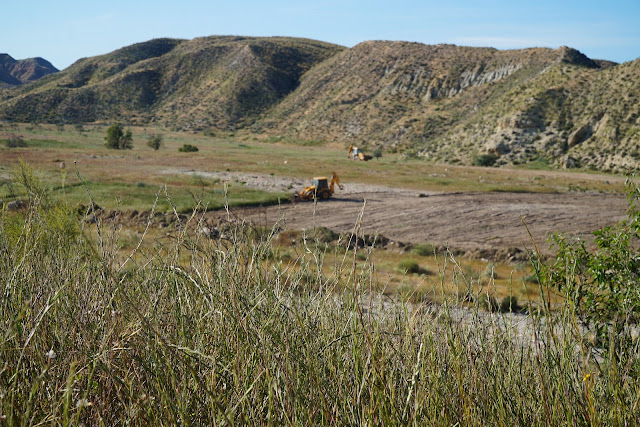 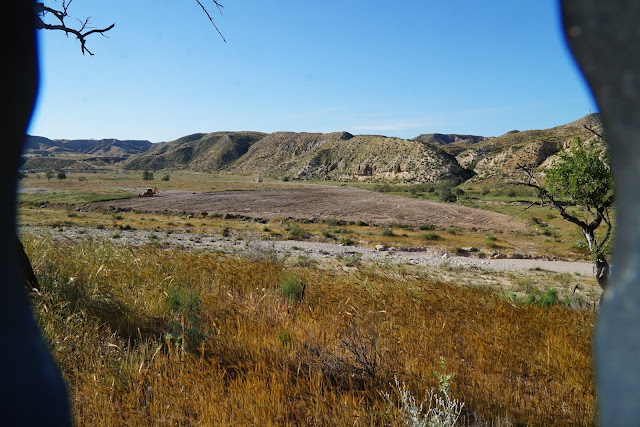 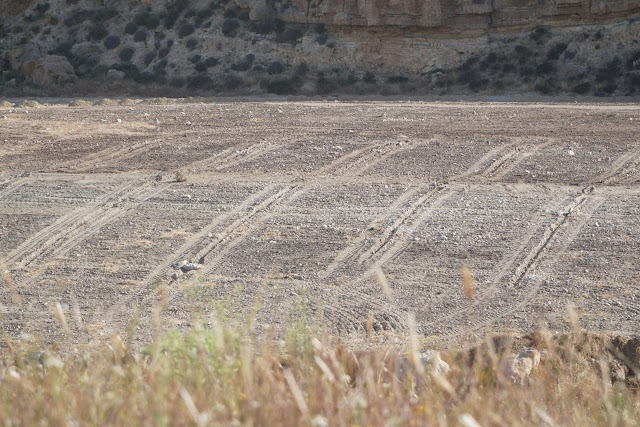 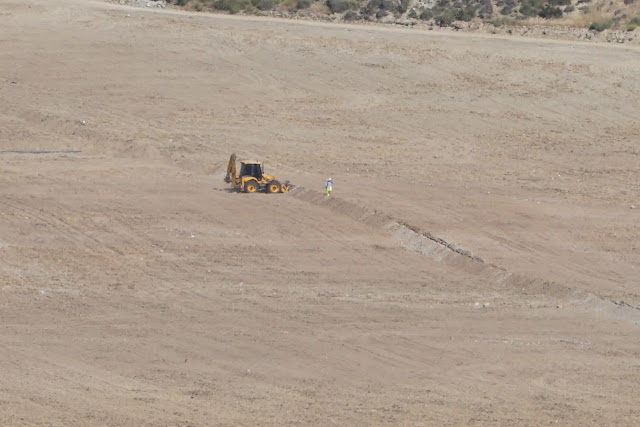 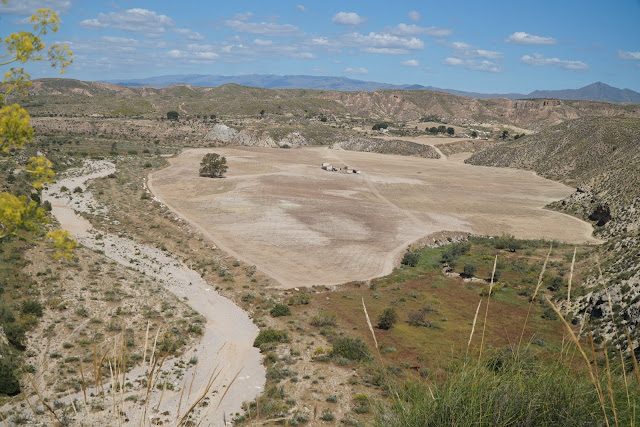 Bore Hole with no permissions for use from the Department of the Environment. 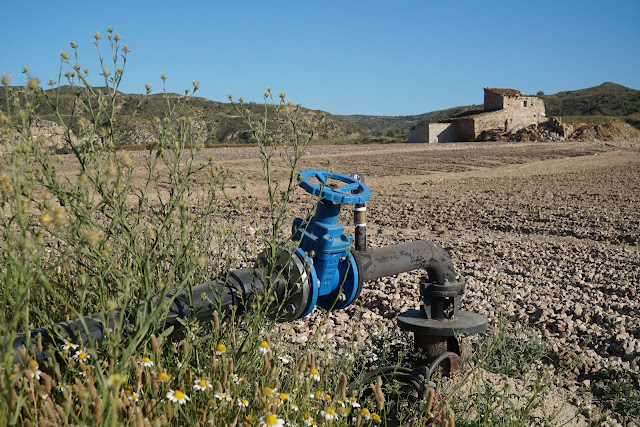 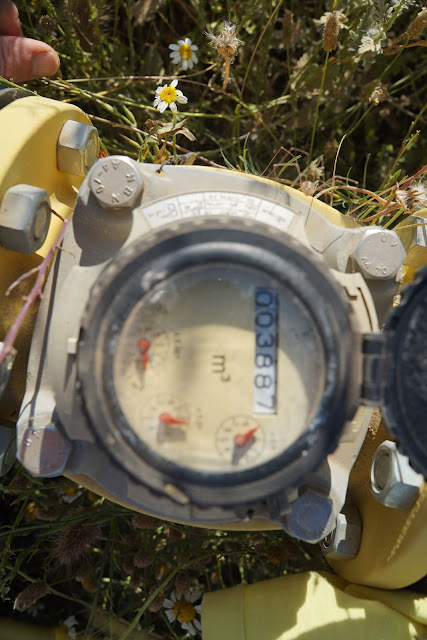 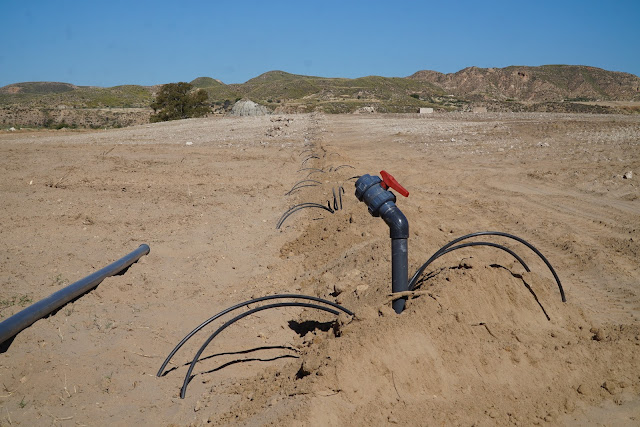 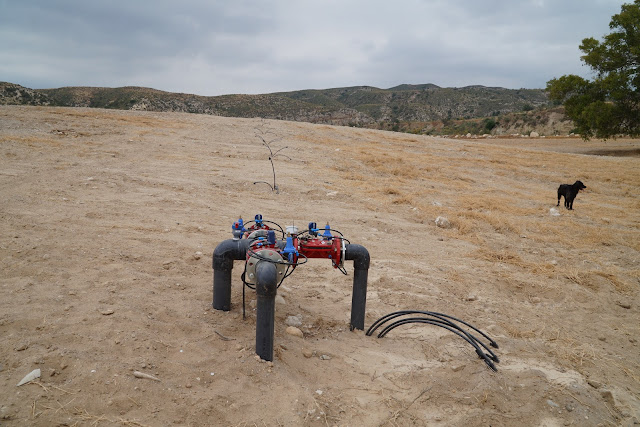 This land is 800 meters from the source of El Rio and is being prepared for super intensive production of up to 2,000 trees per hectare = 40,000 trees or more. Water supplied at 10 litres per tree per day = 400 tons every day.

So, on June 6th a denuncio was presented by Marcos Vidal, Provincial Coordinator of Ecologists in Action.

This is a criminal case if the letter of the law is followed. I have put the most important points in bold.

The points of law are clear.


TO THE TERRITORIAL DELEGATE OF THE COUNSELING OF ENVIRONMENT AND ORDINATION OF THE TERRITORY OF THE BOARD OF ANDALUSIA IN ALMERÍAMr. Antonio Martínez RodríguezSubject: Complaint for alteration of land in protected natural space.Mr. Marcos Diéguez Vidal with DNI No. 714328180, acting in the name and representation of Ecologistas en Acción-Almería, domiciled for the purposes of notifications in the Post Office of Correos 2017 CP 04080 Almería, appearing and as best proceeds in law formulates DENUNCIA against the owner , Holder of the real right over the affected land or any person responsible for the unauthorized removal of land in protected natural space, based on the followingACTS

FIRST.- Land movements have taken place in the cadastral plot 2 of Polígono 52, in the municipality of Sorbas (documents 1 and 2), with picketing of the vegetation cover and topsoil in a More than 20 ha.

This action is located entirely in the protected areas Karst Natural Park in Yesos de Sorbas and ZEC-ZEPA ES6110002 Karst in Yesos de Sorbas (documents 3 and 4).SECOND.- With the relevant requirements, the denounced action must be subject to the unified environmental authorization regulated in Law 7/2007, of July 9, GICA and Decree 356 / 201O, of August 3, according to the following categories:

Category 13.7a). Land use transformations involving the removal of vegetation cover of more than 1 hectare, when the projects are developed in Protected Natural Areas and Natura 2000 Network

Category 9.11. Any project involving a change of land use in an area equal to or greater than 10 ha in Protected Natural Areas and RN2000.

Category 9.5. In the event that water resources are used for agriculture or irrigation projects when they affect a surface greater than 10 ha.This Entity does not know the processing or granting of any authorization.

THREE.- Any irrigation of new crops requires the mandatory report of the Competent Basin Authority of the Hydrographic Demarcation of the Andalusian Mediterranean Basins regarding the compatibility of any request or action that will imply availability of water resources with the corresponding hydrological plans Or that affects the regime and the use of the waters.

The altered area contained rain fed olive trees as reflected in the SIGPAC and cadastral information.

In paragraph 4 of the same section, the following prohibited actions are established:A) The implantation of crops under plasticG) Changes in the use of forest land for agricultural use

I) Any type of horticultural crop intensive in the open air, under plastic or mesh and greenhouses.

J) Agricultural transformations from rain fed to irrigated
FIFTH.- The altered site is protected by harboring habitats and species of Community interest listed in Annexes I and 11 of Directive 92/43 of 21 May and by Directive 2009/147 of 30 November To the conservation of wild birds. Likewise,

due to the gypsum nature of the environment it is home to a high number of endemism, including local ones, some included in the catalogs of threatened species.To these facts are attached the following documents:Documents 1 and 2: Ficha and map CadastreDocuments 3 and 4: Map Natural Site, ZEC and ZEPA Karst in GypsumDocument 5: Photograph of the action taken on May 22Document 6: Photograph of the action taken on June 2Documents 7 and 8: Photographs of the action taken on June 5FOUNDATIONS OF LAW In the opinion of this Association, without prejudice to the application by the Administration of the rule that best suits, the following facts could apply to the facts denounced:

1.- Article 45.3 of the Constitution sanctions violations of the environment in the terms established by law and the obligation to repair the damage caused.

11.- For the purposes of Law 42/2007, of 13 December, on Natural Heritage and Biodiversity (LPNyB), and without prejudice to what the autonomous legislation has in this respect, the facts denounced may be constitutive of the following infractions :The alteration of the conditions of a protected natural space or its own products by occupation, breaking, cutting, starting or other actions, article 76.1, g).

The destruction of the habitat of vulnerable species, in particular of the place of reproduction, wintering, rest, championship or feeding and the areas of special protection for the wild flora and fauna, article 76,1, k). Habitats of Community interest and cataloged species.

The destruction of the habitat of species included in the List of species under special protection regime that are not cataloged, in particular of the place of reproduction, wintering, rest, championship or feeding, article 76.1.n).

Failure to comply with the obligations and prohibitions established in the regulatory rules and management instruments, including plans, of protected natural spaces and protected areas Natura 2000 Network, article 76.1 (s).The assessment of damages for the determination of infractions and penalties will be carried out according to the evaluation method established by Law 26/2007, of October 23, Environmental Environmental Responsibility (RM), according to article 75.3 LPNyB.

111.- According to the constitutional distribution on environmental protection, article 149.1.23, the Autonomous Communities are empowered to establish additional protection standards. In this regard, the autonomous rules that raise their qualification and sanction with respect to basic legislation will be applicable to the facts denounced.

In any case of being sanctioned the same facts by more than one infraction of those foreseen in the applicable legislation, will be imposed the sanction that corresponds to the one of greater gravity.IV.- Without prejudice to the penal or administrative sanctions that in each case proceed, the violator shall repair the damage caused in the manner and conditions set forth in Law 26/2007, of October 23, Environmental Responsibility.

The violator shall be obliged to indemnify the damages and damages that can not be repaired, in the terms of the corresponding resolution, article 75.2 of Law 42/2007 PNyBV.- If, because of the seriousness of the condition to the protected natural space and to the cataloged species, Organic Law 10/1995, of November 23, of thePenal Code shall be considered as a criminal liability, in accordance with article 78 LPNyB.

For all the above, REQUEST:

FIRST.- That this complaint be filed because of the facts contained in this brief and that the investigations are ordered to clarify the facts denounced and the determination of the responsibilities that may occur, and the corresponding sanctioning procedure is initiated and That the resolution that falls within it, in addition to the penalties that may be imposed, impose on the offender the obligation to repair the damage caused and subsidiary damages to compensate for damages that can not be repaired, imposing the necessary coercive fines to comply with the order In case of not voluntarily performing the repair or compensation imposed.

It is a priority, for the purpose of an adequate restoration, to have located the relocations and depots of the altered edaphic substrate.

THIRD.- Reference should be made to this Entity Report on the availability of water resources and their compatibility with current hydrological planning.

FOUR.- According to its right as a complainant, this Entity is informed of the opening of a sanctioning file or those that are processed for the events denounced.In Almeria, June 5, 2017
Fdo. Marcos Diéguez Vidal Provincial Coordinator Ecologistas en Acción-Almería

All works have been stopped. Marcos Vidal has also applied to see the municipal planning license for this work.

Subject: Access and copies in municipal planning license fileMr. Marcos Diéguez Vidal with ID No. 714328180, acting in the name and representation of the Provincial Ecological Federation in Action-Almeria, domiciled for the purposes of notifications in the Post Office of Correos 2017 CP 04080 Almería, appearing and as best proceed in EXPONE Law :

this Entity requests access to the file processed for the municipal urban permit corresponding to the earth movements that have been produced since May of this year and located in the cadastral parcel 2 of Polygon 52 of t.m. Of Sorbas and provide you with an authentic copy of the urban license corresponding to such action and the reports that have been issued in the procedure.The urban permit that is requested is a document of public nature whose purpose is to verify the suitability of the actions submitted to said license to the territorial and urban planning,

as provided in article 6 of Decree 60 / 201O, of March 16, approving The Regulation of Urban Discipline of Andalusia. According to article 8 b) of the aforementioned decree, they are subject to a municipal urban permit "Land movements, including clearing, sieving, excavations and excavations ...".

SECOND.- The exercise of said right is done in the terms and conditions of Article 105.b) of the EC, Law 19/2013, of December 9, on transparency, access to public information and good governance and for Andalusia Law 1/2014, of June 24, on public transparency in Andalusia.

THIRD.- The copy of the urbanistic license and the reports evacuated in the corresponding file will have to be provided as soon as possible and, at the latest, Notified within a period of 1 month and not to be provided in whole or in part, must be sufficiently motivated, all in accordance with the aforementioned legal regime.

For all the above, I REQUEST:

That, having filed this document and made the statements contained therein, it is agreed to admit it, and based on these,

a resolution shall be issued within a time limit, granting a copy of the municipal urban permit and the reports in the file of the land movements referred to The cadastral parcel 2 of polygon 52 of the municipal district of Sorbas.

That not counting the movements of earth, dismantling, shaking and explanations happened during the month of May and June of the present in the location indicated with the prescriptive license is initiated the corresponding procedure for the protection and of the urbanity legality to which of place, With communication to this Entity.

This where we are now. The development is paralyzed. I will keep you informed.
Posted by David at 20:27